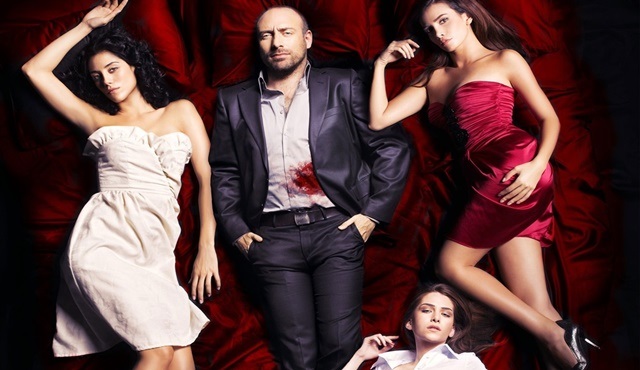 Orhan is a Literatures Teacher in Eskisehir which plans to propose to his girlfriend soon. But after his beloved girlfriend’s betrayal, nothing will be the same for Orhan, especially when he decides to move to Istanbul and have a fresh start.

Aci Ask is a movie that will give you a hard time if you want to see a clear good and bad separation. The movie is mostly showing us how no one’s heart is fully black or white.  While you watch Orhan experiencing more and more problems while the movie continues, you usually won’t approve of him, but you won’t be able to hate him either.

The movie centres on the character Orhan, who learns that he was being cheated on in a terrible way, and decides to move to a different city, get away from this disaster’s effects on him. Orhan’s life, after this break up with Ayse, will go down the hill non-stop, causing us to question if it is even possible for one person to experience so many problems in a row. While this story might have looked funny if we were looking from a different perspective, we instead go down with him with our feelings as well.

After coming to Istanbul, Orhan will meet Oya and marry her. With the accident they were involved on their wedding day Oya will lose his sight, causing the relationship between them to go worse with every passing day. Like this was not enough problems for one person, Orhan’s new student Seda will stir up everything for Orhan once again. And this causes the real story begins: Orhan was stuck between 3 different women and was supposed to make his mind, even if he doesn’t want to.

The movie is a great one to watch, especially the outstanding performance of all four main characters. The 3 women give their motives, feelings and where they’re standing in the story very good with their acting, and Ergenc is not disappointing us at all and gives 100% as always.

With the sorrow and disastrous life story of Orhan between 3 women he loves, Aci Ask is actually a great movie to watch as it also differs much from the other movies we’re used to seeing in the romance genre.